Routes to Roots’ carol singers will be entertaining customers at Waitrose in Parkstone on Saturday 16 December from 12 noon and at Asda in Poole from 11am. Please spare a moment at this busy shopping time to support us. 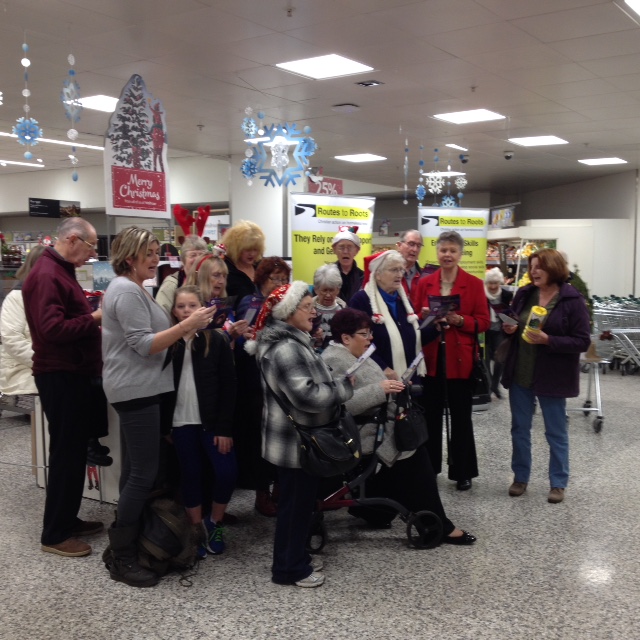 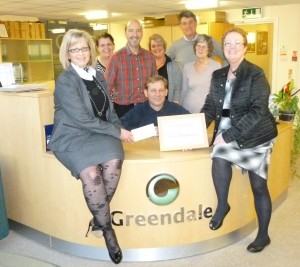 The Poole branch of Halifax and Chartered building company Greendale Construction have chosen R2R as one of their nominated charities. Greendale presented R2R with a cheque for £1258.50 in January 2014 from money raised at their Christmas party, auction and raffle. In return R2R presented Greendale with our first ‘Star Fundraiser’ framed certificate. 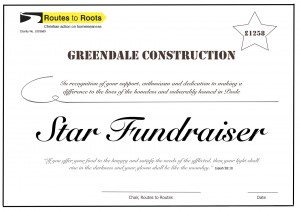